Nokia 6 will be the first Nokia Android smartphone.Nokia 6 is launched in China on Sunday 8th January.The price of Nokia 6 in the Chinese market is approximate 17000Rs. Nokia 6 is to be coming soon to the Indian market. 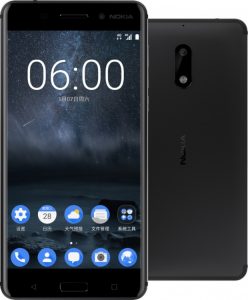 Nokia 6 runs on Android 7 nougat Platform.Nokia 6 will come with 5.5-inch screen display with a resolution of 1080×1920 pixel.Which is also provide Gorilla Glass screen protection.Nokia 6 is powered by Qualcomm Snapdragon 430 processor with 4GB RAM.Nokia 6 is provide 64 Gb internal storage expandable up to 64Gb via micro sd card.Nokia 6 will pack with 16mp Primary camera and 8mp secondary camera.Nokia 6 have 3000mAh non-removable battery.Nokia 6 is one of the considerable for smartphones under 17000RS.

Nokia 6 have only launched in the Chinese market.Now the smartphone not available in Indian market.The price of Nokia 6 at Chinese market will be 1699 CNY (approximately 17000Rs).

How to Buy Nokia 6

Nokia 6 is now only available in china.The company says they have no plans to launch Nokia 6 in other markets.Nokia 6 will be the chines exclusive smartphone.

How To Use More Than 1GB Jio 4G Data Daily

How To Apply Free Pockets Physical Card From ICICI Bank